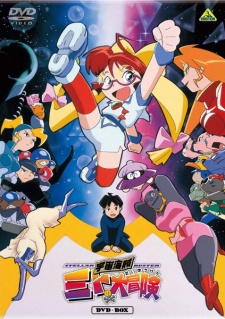 Mito isn't just another space pirate, she's a three foot tall childlike alien with enough guts to outshine a supernova. She's known as the galaxy's most dangerous pirate, a wanted criminal who destroys a dozen police space cruisers every day before breakfast. But all she really wants is to be called "Mom."